Dreaming into Reality: from the Prison of the False Self to the Infinite Light of the True Self

Dreaming is one of the last human activities that is free from interference because it is difficult to stop someone falling asleep or entering the dream world. However even these natural freedoms will eventually be targets of encroachment and exploitation in the future. Already, people have less control over their time. Both work and outside of work, their minds are filled with the worries of work or the worries of not making enough money to survive. 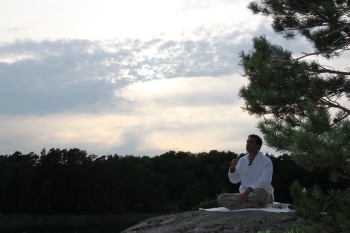 To Dream, Perchance to Find

Jobs are becoming scarce. Remaining jobs are underpaid relative to the amount of income that is necessary to comfortably survive in our present society. Money has been ever-increasingly flowing upwards into the hands of those who have excessive and surplus amounts, as work processes become automated and managed by computers and robots. Even currency, in the form of Bitcoin, is becoming mineable only by those who have enough money to afford sufficient computer power, electricity and warehouse space to dominate this currency market. Meanwhile poor people on average will lose money trying to mine Bitcoin because there is no guarantee of recovering expenses.

The human body which is a limitation and a restriction is also a means of social control. The body is subject to and subservient to the laws of physics, chemistry, biology and nature. When those laws are manipulated, the human being becomes pressured and exploited.

Technology has not delivered on its promise of creating freedoms or security. Instead citizens have less privacy and encounter more dangers than ever before because of technology. The mobile phone gathers and broadcasts everything that there is to know about your life. Tiny drones disguised as insects can follow you anywhere and record your most private activities. Cell masts, mobile phones and ubiquitous Wi-Fi devices are increasing in power and increasingly irradiating people with devastating consequences that affect the quality of life and health. The oceans and the earth are being polluted by heavy metals and dangerous chemicals from plastics, PCBs, aeroplanes, automobiles and fracking. As people become disturbed, the only option presented to them are psychiatric medications which merely substitute one set of problems  for another, with devastating effects upon physical, emotional and mental well-being. People may say “but we are still alive, we even live longer now”. But what is the true cost to life, liberty and freedom? For what purpose are people being made to live longer if they have no freedom or security in the future?

Buried deep inside us there has always been a knowing, a seeking and an appreciation of beauty and existence. Whereas it is possible to access that inner place of wonder while being fully awake, some people only go there when they are asleep or dreaming (sleep and dreaming are not always synchronous). As a person relaxes and loses body consciousness, they are free to flow in an inner world where they are free to be incredibly happy, find pots of gold, fly to meet with anyone anywhere and instantly have great success. The physical body is impressionable, it changes form throughout one’s life. Social conditioning, traumatic events and pollutants change the physiology, epigenetics and neuro-plasticity of the body and determines how the mind envisages reality.

The moment just before waking up is a golden time because one is in contact with one’s true self. However it can also be a turbulent time because the false self is also waking up and, as mentioned before, the false self’s purpose is to restrict access to the true self. It is at that moment that one must skilfully use one’s powers of observation and choice to choose the inner light of the true self and to direct one’s attention towards that light and the good feelings that are engendered by that light.

Gradually over time you will make the transition from a world of inner and outer darkness to a world of inner and outer light. Eventually your light which came into this world but was not known by the world will be fully accessible and available not only to you but to the whole human race. In that day your personal Enlightenment will be full and complete – – but there will still be much work to do until everyone’s light has been released from their own socially conditioned prison of the false self.

To experience these revelations, join the live online event or book the replay of: ‘Dreaming into Reality: Bringing the Light of the True Self into the Inner and Outer Worlds’