Could it be that the ExtraTerrestrials are in fact the good guys?

The Mysteries of Life start with Pre-Existence. The facts have been hidden from your eyes. You, rootless, inheriting no tradition, have long believed that you came from nowhere and that life has no meaning or purpose. 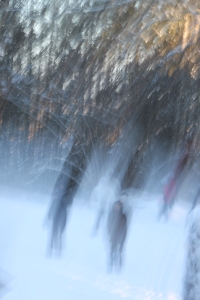 The Earth is populated by many races. Basically, there are two categories, those made from the Earth, like the original Adam (meaning “blood of ruddy red mud”), called “humans” and those from beyond the Earth, what would be termed “ExtraTerrestrial”. The ExtraTerrestrials have influenced the course of human history. ExtraTerrestrials look like and behave like humans. Some marry humans and have children.

The Earth is a battlefield fuelled by competing interests. The awakened ExtraTerrestrials remember why they came here and use their powers to help. Some forget and pass their short human lifetimes building follies.

The safe future of Planet Earth and the indigenous human races depends on the wise actions of those who understand their purpose and can use their abilities.

The plan is invisible. It involves Consciousness. Those who have Consciousness simply need to uncover it, those lacking it need to raise it.

This Transmission Online Class is sure to be an enigma and a surprise in the sacred pantheon of the Oshana Enlightenment Teaching.

Note:
On this event page you may book the MP3 or 14-Day Streaming Replay of the Live Class at any time. Please note that Paypal charges an admin fee for payments made through the Payment Cart.