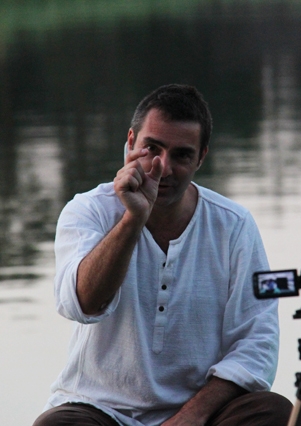 Making sense of the extra-sensical

As a young seeker filled with unshakeable certainty and endless hope, I was blissfully oblivious to the shocking realisation that the spiritual marketplace is a messy tangle of mongrelised concepts. You really are on your own unless you have a guide to take you amongst the market stalls so that you can make informed choices.

The Oshana Enlightenment Transmission Teaching (OETT) gives you the opportunity to make choices by simply giving you the data, i.e. highly prized experiences and clear thinking.

When I first started Teaching, the words No Mind, Awakening and Enlightenment were used interchangeably in line with common parlay in the confused spiritual marketplace. Over time, these words and the states to which they point became distinct within the OETT.

Here are some basic distinctions:

No Mind has been a constant feature, a direct experience, of most seekers who have attended OETT events. It is so commonplace that it is rarely spoken about. In some spiritual groups, some kind of No Mind is considered to be Enlightenment. In the OETT, No Mind is recognised as having value, but my ideas about why No Mind appears so frequently and what its role is have altered over time.

For the first time, I will present this OETT conceptual development and the relevance of No Mind to you. You will get a better perspective of the whole spiritual seeking scene and acquire improved discernment about your own relationship to your spiritual self in this explanation of the OETT.

Note:
On this event page you may book the MP3 or 14-Day Streaming Replay of the Live Class at any time. Please note that Paypal charges an admin fee for payments made through the Payment Cart.